let's get Bryght to the point 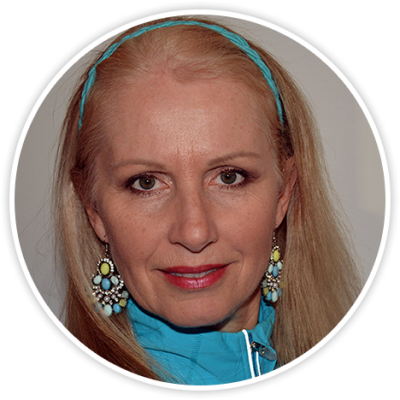 The skin gets its color from pigment in the skin known as melanin. Some people produce more melanin, resulting in darker skin. Melanin’s role in the skin is to protect the skin from the sun.  Sun exposure and skin inflammation will stimulate melanin production.

Every person, irrespective of their skin color should be taking care of their skin during cancer treatment.  People with more pigment in their skin are more susceptible to skin discoloration (darkening) so great care must be taken to prevent sun damage and irritation from UV exposure during treatment.

Darkening of the skin can also appear after chemotherapy. Dark areas on the face, mouth, lips, hands, and feet can gradually occur and last for a long time if left untreated. Most of the time, areas of skins that have darkened in color are treatable, with skin bleaching and/or brightening creams.

Skin that is inflamed (inflamed skin results after a rash or when a scar is formed) may end up being darker than the surrounding skin.

People with higher levels of pigment (darker skins) in their skin are more susceptible to a condition known as post-inflammatory hyperpigmentation (PIH). This occurs when the body’s defense mechanism senses an “injury.”

For people with lower levels of pigment (lighter skins) in their skin are more susceptible to a condition known as post-inflammatory erythema (PIE). Some people may have a pre-existing condition causing excessive redness in the face such as rosacea or hot flashes.

Anyone prone to PIH or PIE must do research on the medication being taken.  If a medication side effect is a rash there may be some ways to prevent the exacerbation of this, otherwise, PIH/PIE can last for many months.

Medications that cause color changes are:

There are also anti-cancer medications (keytruda, opdivo, yervoy), that can stop the formation of skin pigment, causing lightening (vitiligo type rash) of the skin.  With skin lightening, it is imperative that sun protection is used as the skin is not as protected with a lack of melanin.  Scalp hair, eyebrows and eyelashes, and even body hair may become gray or white. Once the medication is stopped, the normal color will return.

Solutions to balance out PIH or PIE would be airbrush makeup for mild discoloration; and camouflage makeup for severe discoloration.  Both types of corrective makeup up have some longevity, however, camouflage is a thicker application that takes longer to apply, and is more water-resistant.  Airbrush is a thinner application that takes minimal time to apply and still provides enough water resistance for a day.

Oxymetazoline is used to treat ongoing facial redness caused by rosacea (a skin disease that causes redness and pimples on the face). Oxymetazoline is in a class of medications called alpha1A adrenoceptor agonists. It works by narrowing the blood vessels in the skin.  This can be used topically for PIE.

Morag Currin is a highly sought-after aesthetic educator with more than 27 years of spa industry experience and more than twelve years of training and training management experience. She pioneered the only Oncology Aesthetics® certification for salon/spa professionals and has set the standard in the fourteen different countries such as Australia, Brazil, Canada, Ireland, Israel, Italy, Malta, New Zealand, Philippines, South Korea, Switzerland, United Kingdom, United States and her her home country South Africa. She also is the author of Oncology Esthetics: A Practitioner’s Guide – Expanded Edition (Allured Books, 2014) and Health Challenged Skin: The Estheticians’ Desk Reference (Allured Books, 2012). She travels around the globe with her training and expertise, helping to raise the bar in the spa industry and to open the door to all people, regardless of skin type or health condition. Going beyond the world of aesthetics, Mórag continues to reach out to those suffering from a variety of health challenges through Equine Facilitated Wellness (EFW).